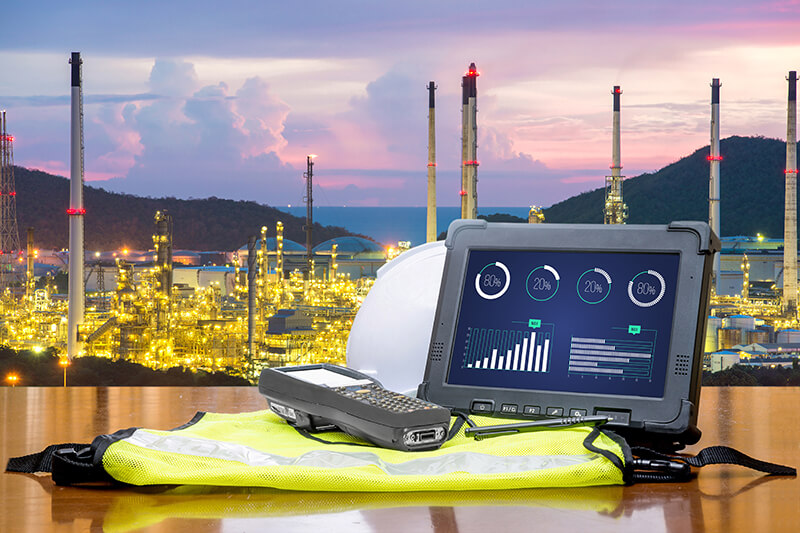 【The Principle Of Touch Countrol】

The embedded sensors in the touch panel output signals when a pen or a finger comes into contact with the screen surface. The controller detects and converts this analog signal into a digital signal acceptable to the computer to determine the touch point and display it the on the screen.

The Resistive touch panel is generally classified into 4-wire, 5-wire, and 8-wire type. A panel construction consists of two separate layers –transparency conductive ITO film layer and ITO glass layer. One layer carries the X electrodes and the other carries the Y electrodes. Both electrodes are bonded facing each other and are held separated by dot spacers to isolate electrical contact when not pressed. A touch (applied pressure) will bring the two layers together to create voltage variation to be detected by the controller and the contact point will then be calculated. Resistive touch panel is a lowest cost touch technology and can be easily assembled. It has become widely used in the touch screen market.

In practice when the resistive screen surface is pressed by a finger or a pen point, the upper layer bends downwards allowing it to come into contact with the lower layer creating a change in voltage output.

Capacitive touch panel can be divided into surface capacitive and projected capacitive. The structures are the same as both uses similar transparency conductive materials (i.e. ITO, Metal Mesh, Nano-wire) on both film and glass layers. The conductive layers can be manufacture through yellow light coating process or metal shadow mask patterning to form x-y conductive grid.

The controller drives each X conducting row on the grid at the same time it scans every Y conducting columns individually. A touch is detected when a touching finger lands on an X-Y point where changes in capacitance are detected and the contact point is then calculated. 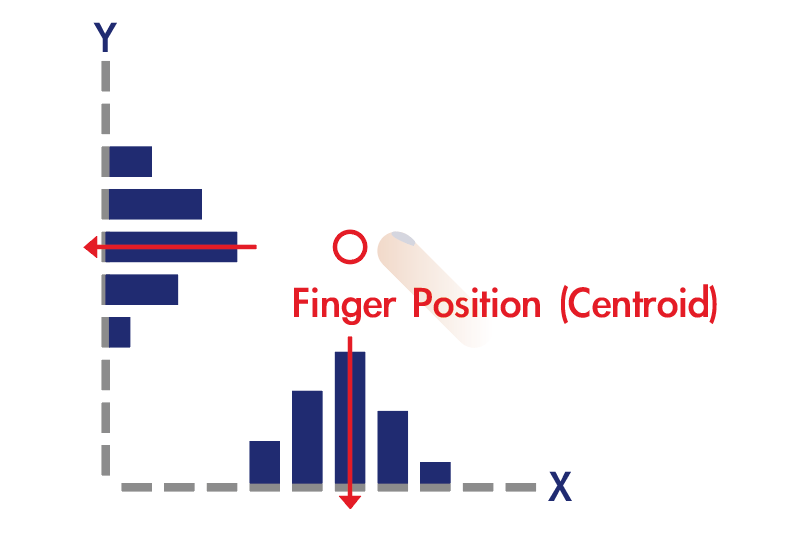 The structure of touch sensor and cover lens are given in several types:

The electromagnetic based panel receives and detects the change in electromagnetic wave transmitted by the special pen to calculate the contact point.
• The electromagnetic touch panels are highly responsive to touch with the support for Z position which is an amazing feature to use for drawing and hand writing detection.

Wave-based Sensing Touch Panel can be categorized by surface acoustic wave and Infrared wave, both of which operate with similar principle.

• The surface acoustic wave touch technology uses two sets of transducers place on the X-axis and the Y-axis to transmit and receive sound waves.
When controller produces ultrasonic sound waves through the transmitting transducers to the panel surface, the waves get reflected by the perimeter reflectors around the four sides of the panel and are captured by the receiving transducers back to the controller.
In other words, when finger touches the screen, the surface ultrasonic waves are absorbed causing wave strength attenuation. Based on this lack or degradation of sound wave strength, the location of touch can be calculated.

• Infrared-based uses the matrix beam design, the infrared transmitting and receiving LEDs are placed around the bezel. When operating the Infrared transmitting LEDs cast a grid of light across the screen. When user touches the screen, it interrupts the light beams on the grid causing the light to be blocked from the receiving LED sensors. This loss of light is used to determine the location of the touch. 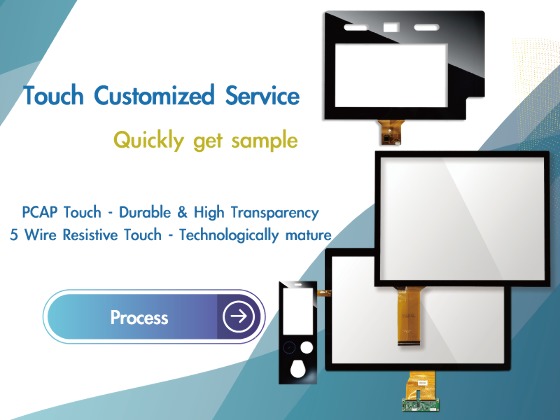 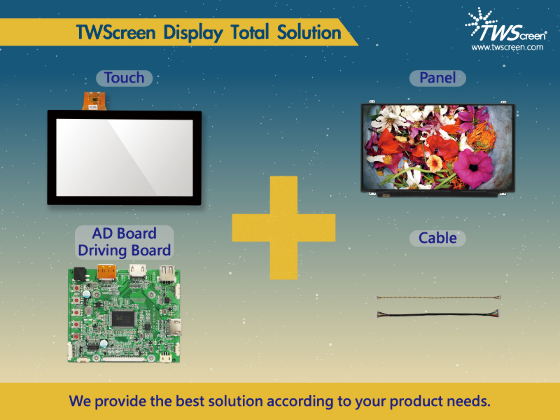 【TFT-LCD Panel】Mainstream Panel - Long term supply
TWScreen can offer 5.7"~36.6" mainstream LCD panels for long term supply.
In addition, the LCD panel can be equipped with our PCAP/RTP touch, driver board, AD Board, and other display accessories.
More
Contact Us

Please enter your message and kindly provide your contact information. We will contact you as soon as possible.

Please enter your inquiry qty or any information you need, and kindly provide your contact information. We will reply you shortly. Thank you.